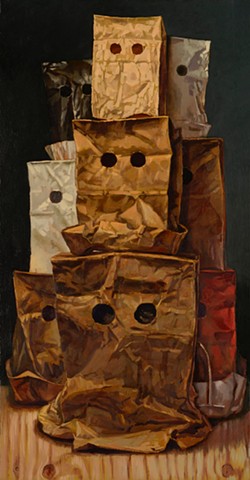 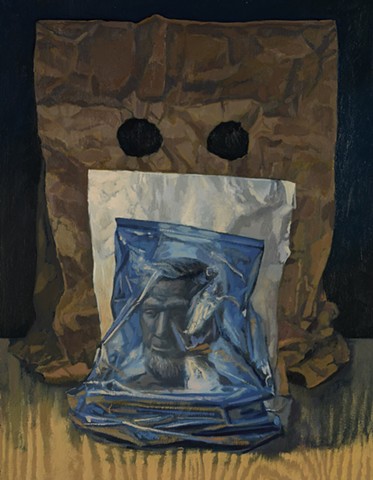 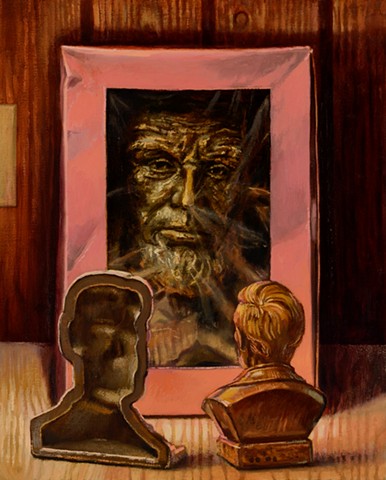 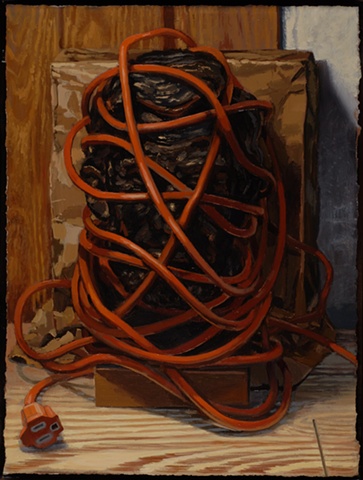 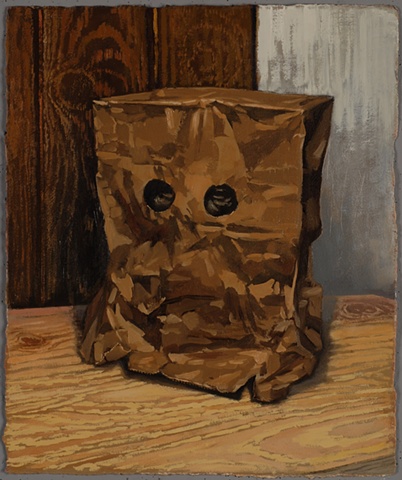 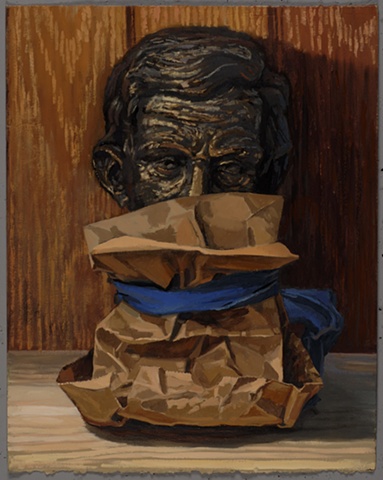 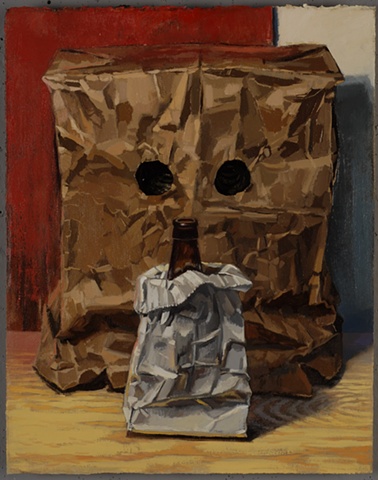 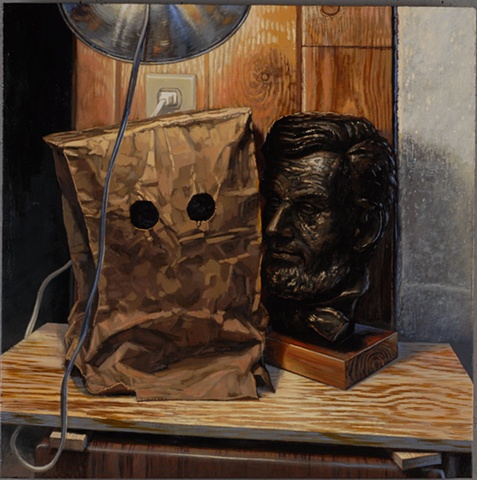 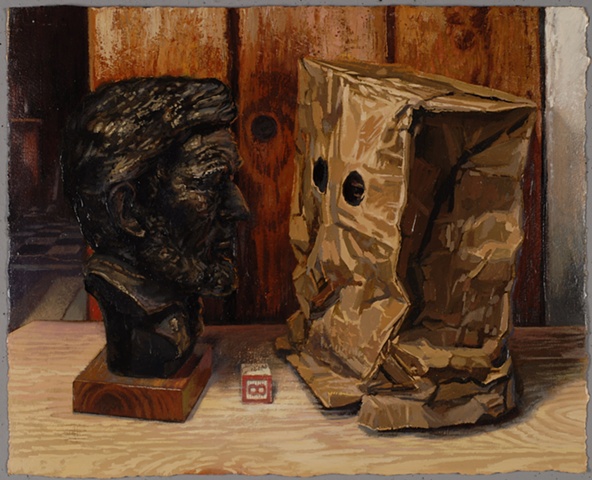 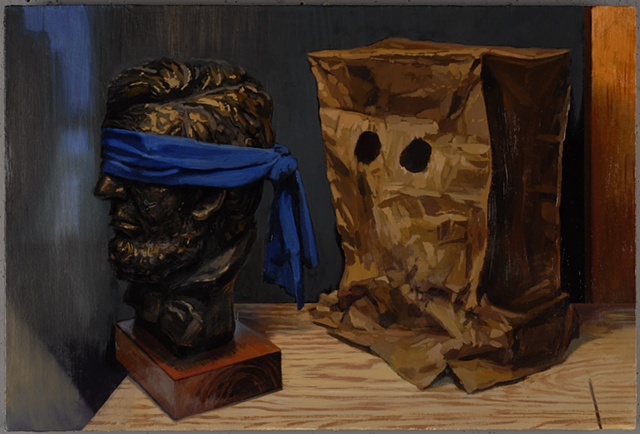 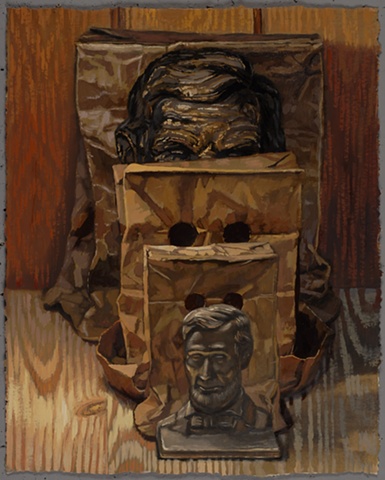 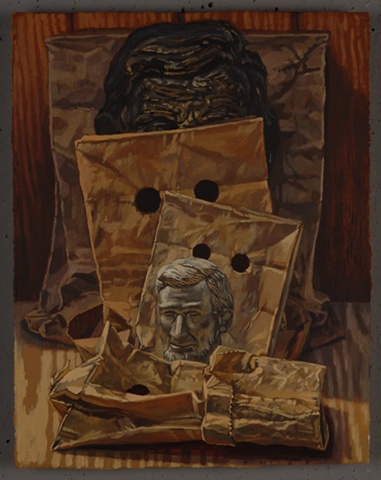 Death in the Family
oil on paper
15 x 19 inches 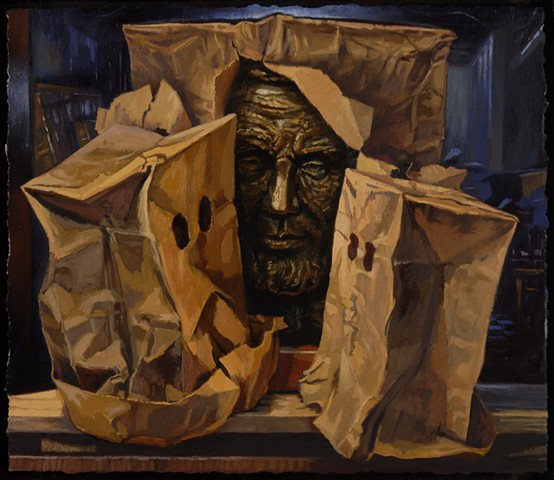 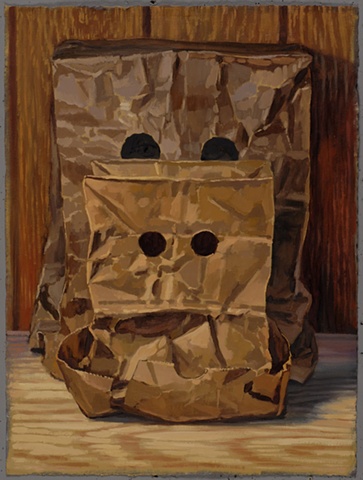 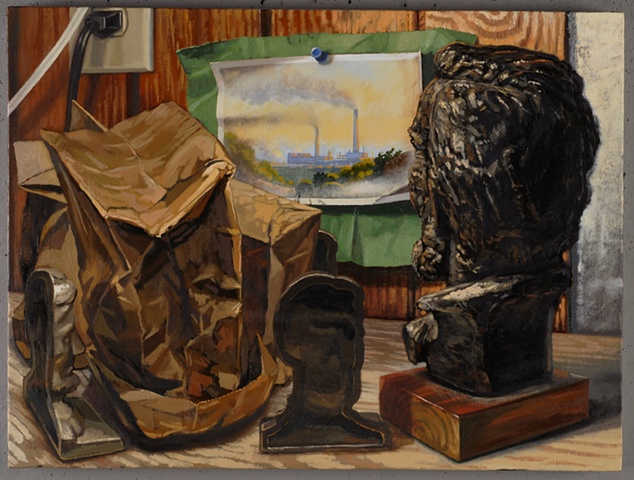 In the Classroom
oil on canvas
18 x 24 inches 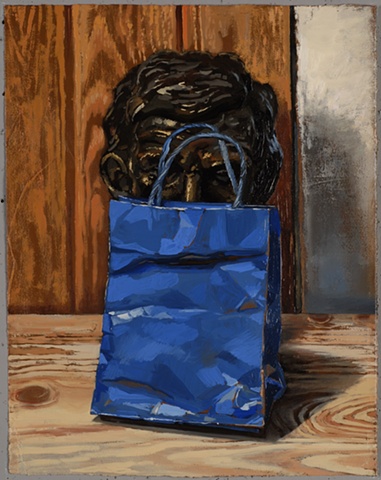 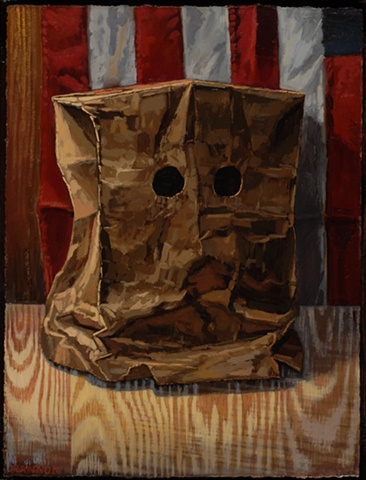 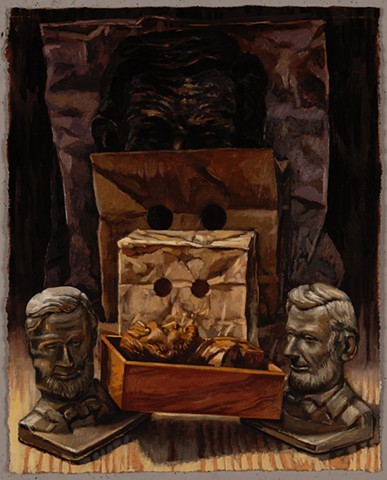 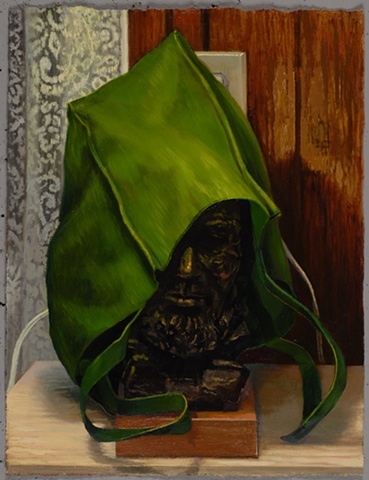 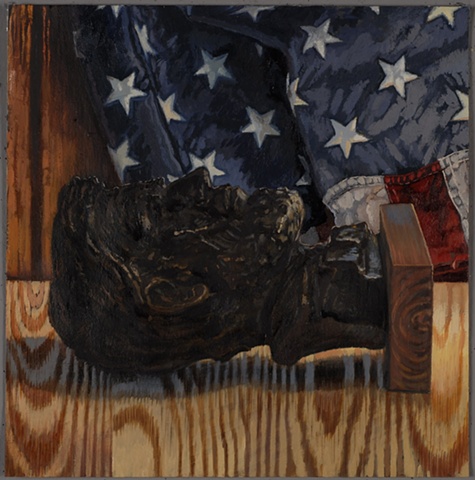 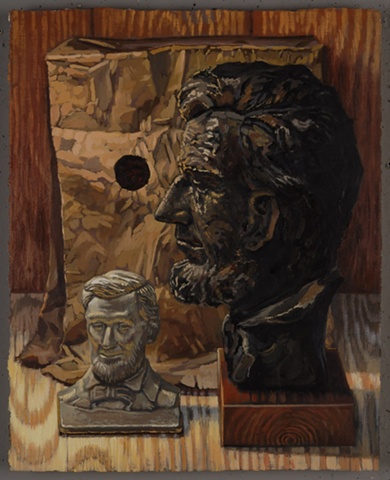 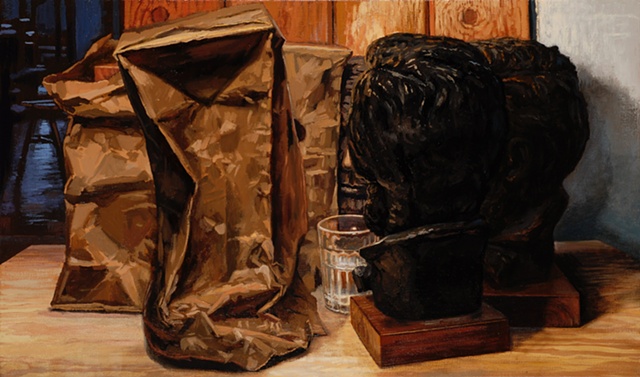 This series of narrative paintings investigate the complex relationship between the seemingly opposite views of an optimist and pessimist. This series of paintings was created to investigate these different positions in a serious but tongue-in-cheek manor. These observation based paintings have a simple compositional structure to allow the viewer to focus on the interaction of the characters and the various symbolic elements introduced into each still-life painting. For the main characters a bronze of Abe Lincoln’s head plays the role of the optimist contrasted sharply by a paper bag head with a mysterious identity as the pessimist. Although both characters in the series oppose one another in superficial ideals humor and insight allow for a closer examination of the facts and fictions each stands for.